Q & A With Referee Sara Bremsak

TELL US ABOUT YOURSELF

My name is Sara Bremsak and I am in Grade 12 at Saint Thomas Aquinas Secondary. I plan to study health sciences and then continue my studies to become an optometrist. 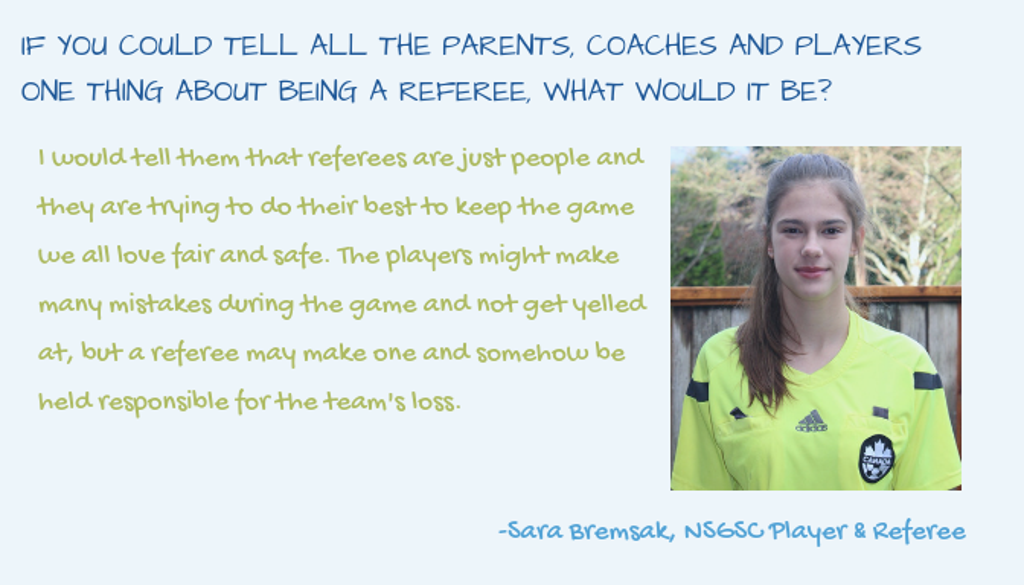 How long have you played soccer?

How long have you been a referee?

I have been a referee for the last 4 years. I started as a small sided referee in Grade 9 and then moved to full field in Grade 10.

Why did you want to become a referee?

I wanted to be a referee to step outside of my comfort zone, to have a job in a field I knew well and make some money.

what is the best part about being a referee?

The best part of being a referee has been learning important life skills such as communication, responsibility, decisiveness, and confidence. I have been able to transfer these skills to my school life, other jobs, and my daily life. It is also nice to be able to earn your own money and set your own schedule.

what is the hardest part about being a referee?

The hardest part of being a referee is learning to focus on multiple things at once for at least one and a half hours. It takes effort and experience to be decisive and calm at the same time. Dealing with overly aggressive coaches when they are not happy with the Referee’s decisions and with players when they get physically aggressive with the other team can also be intimidating. I would also have to say that braving cold and rainy weather can be a challenge to overcome as well.

If you could tell all the players, coaches and parents one thing about being a referee, what would that be?

I would tell them that referees are just people and they are trying to do their best to keep the game we all love fair and safe. The players might make many mistakes during the game and not get yelled at, but a referee may make one and somehow be held responsible for the team's loss.

Q & A With Referee April Stirling

Tell us about yourself

My name is April Stirling. I am a grade 11 student at Sutherland Secondary School and some of my hobbies include playing guitar, hanging out with my friends, and of course, playing soccer.

How long have you played soccer?

I started playing indoor soccer at the age of four so I have been playing for give-or-take 12 years now. 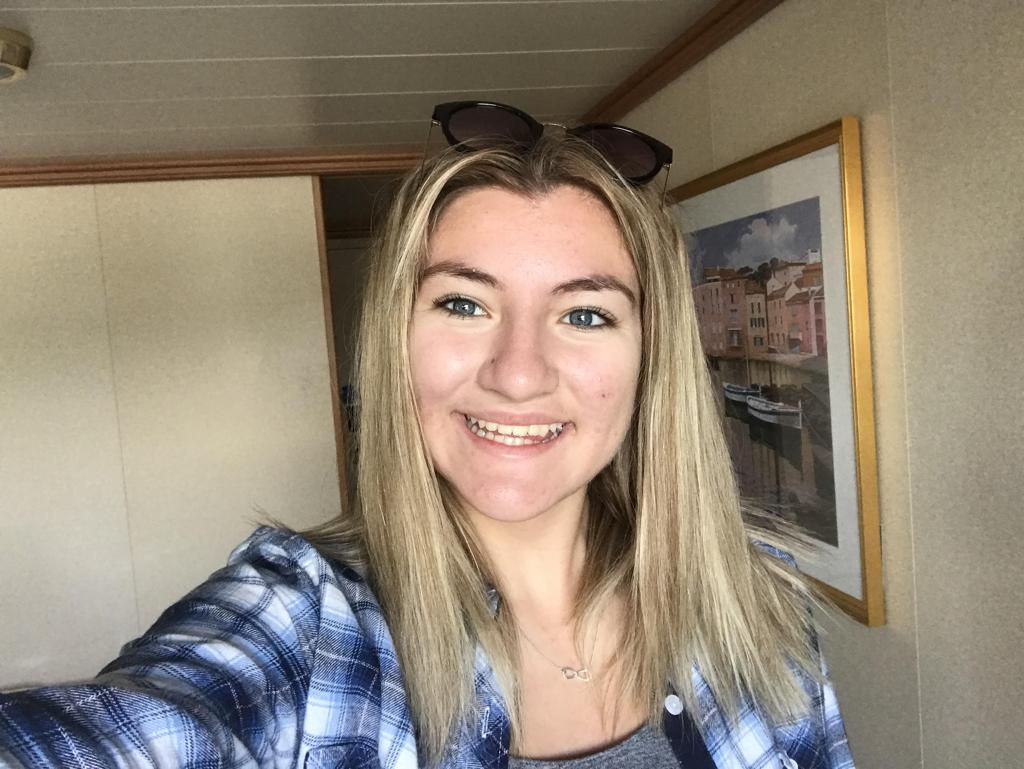 How long have you been a referee?

I became a referee in August of 2014, so about four and a half years now.

Why did you want to become a referee?

I saw it as a good opportunity to boost my confidence level at a young age and it was a great way to meet new people and learn from those I met along the way. I actually met one of my really good friends by becoming a ref and now we are playing together on the same team so that is really cool that we get to connect not just during refereeing but outside of that too.

What's the best part about being a referee?

I would say that the best part of being a referee is again getting to meet new people and learn from those people that you encounter along the way. Also, you get to feel like you are in charge of something and you have a greater responsibility than you would if you were just being a normal player. Also getting a better understanding of the game that you are playing is a good opportunity as well because I found after I became a ref you really get a good look at what refs put up with when everyone is yelling and doubting their calls. If I had to say my top number 1 favorite thing would probably be being supported by everyone around you. Everyone is there to help you and it is like you are entering into a little second family of people that will always be there to listen and guide you through any problems that you are having.

What is the hardest part of being a referee?

The hardest part for me was probably finding that confidence to look a coach in the eye and say I am right you're not so enough with the yelling. When I first started I was really young, I was 12, and so presenting myself as if I had a ton of confidence was a challenge at first. It is not something that you kind of learn overnight you have to figure it out as you go along. Four years into it and I now have that confidence that I lacked when I first started. As you go along you really get to know some of the teams because you move up the level ladder with them, so you do have those teams you really do respect you and won't argue with you on calls and just let you do what you are doing. Those teams really do make it a better experience.

If you could tell all the parents, coaches and players one thing about being a referee, what would it be?

Probably just that our main job is keeping the players safe and we really do try to do that, whether you see it clear as day or not that is our number one job. We want them to have fun but at the same time safety is a priority.